Echoes of My Wonderland Childhood Summers

Mama’s face is slightly covered with beads of perspiration barely visible behind a mound of freshly scrubbed and washed clothes, and she’s not so much paying attention to what is going on around her but perhaps she’s planning, or perhaps she’s daydreaming. Although fumes of bleach and detergent engulf the atmosphere in the tiny kitchen, this doesn’t seem to effect mama in the least. There is no fan. The windows are opened as wide as possible. The temperature is well up in the 80’s – sweltering heat inside. For many years this was the norm at the end of the month of June.

Convenient for Grandpa, a widower from the time mama was a young girl, the last day of school in New York coincided with the beginning of the tobacco picking season in Virginia. Matured tobacco leaves required bringing in additional men and these stomachs looked forward to the likes of mama’s delicious corn pudding, stewed tomatoes, smothered cabbage, fried chicken, and really big plump biscuits (‘ho’ cakes they called them). The work could not be delayed, the crop would suffer immensely during the hot summer months.  Lingering was not an option when productivity was the goal.

All throughout my elementary school years, no sooner than the school term was over, then off we went – mama and her five children (four daughters and one son).  On the last Friday, anticipation and hesitancy both dominated our thoughts, but the plants of tobacco were calling. Oh the dread of no modern conveniences. No television. No telephone. No indoor plumbing! Ugh! Instead an outhouse with no privacy, for wasps enjoyed building their nests in this putrid dank pit latrine. Two whole months of this disenchantment, along with the fact that we would be away from our close friends was not a welcome . . . disheartening.

However, such is the family life of my childhood – without debate, summers had to be spent in Virginia on Grandpa’s tobacco farm. The Saturday after Friday’s school closing brought with it much busyness.  On that morning, instead of being bombarded by the annoying smell of irritating washing agents, the whole apartment was filled with tantalizing fragrances emitting from pungent succulent fried chicken, newly bought fresh white bread, and aromatic well-ripened bananas.  A highly selected white shoebox contained this assortment until the evening meal on the train. It didn’t appear that mama slept at all on that night before.

Come mid-morning, Mama, daddy, and we five children, (not forgetting the white shoebox) had to “catch” the train. Daddy, himself, wasn’t able to transition with us to Virginia, due to work, but he was able to arrange for time off to get us to the train station.  As though the neighbors knew the time had arrived, it was a grand sendoff, they must have known ahead of time, they were gathered on tenement stoops even though routinely they might have been elsewhere. Picture it, the seven of us, processioning down the street always, mama leading (carrying the white shoe box), daddy and my big brother (toting over-stuffed suitcases) following close behind mama, and me and my three sisters (with dolls and toys) pulling up the rear and the neighbors are waving and shouting “have a good summer . . .  see you when you get back. . . .” At the end of the block, daddy would hail one of the large yellow checker taxi cabs. Laughter amidst talking was the norm.

Once at the train station, all the chatter ceased. The hustle and bustle of streams of yellow cabs, countless passengers, big black train cars huffing smoke and clanging, and red-capped train conductors shouting, “All Aboard” was all too captivating. Having clamored to find window seats, we would wave our so-longs to daddy. Tobacco’s call is not so much on our minds as we are travelling, rather it is on the much anticipated moment when we’d see our much loved Grandpa and our favorite Uncle – our only one.

Finally, we see them coming down the station platform. This is the best part of the whole summer – even better than Christmas with Santa Claus – our hearts pumping fast as we take off running to meet them all of us waiting our turn to be hugged and kissed, with the younger giggling, jumping up and down to be spun around. Words cannot describe this magical moment.  And who really cares about two months without what we are accustomed to back in that over-crowded, dirty, air-polluted city . . . and none of our city friends could play the guitar like Grandpa or keep us mesmerized by adventurous stories of days gone by.

Settling down in the big farm house, we soon discover – or more accurately stated, rediscover – the benefits of “shedding the veneer of civilization relying on primordial instincts”  (like the dog Buck in the epic “The Call of the Wild”) spending the hottest hours of the day just lazily swinging in the porch swing that held three of us at the same time while listening to – or meditating on – rhythmic sounds of the wind rustling through pine trees, the water babbling down the creek, along with the continuous barking of the dogs, meowing of the cats, clucking of the chickens, quacking of the ducks, and oinking of the pigs, or perhaps the occasional  snorting of the mare horse and mooing of the cow – the splendors of the simple farm life.

Admittedly, when it’s time to return home, if it wasn’t for the fact that summer with its magical wonders would be absent from the landscape, it appeared that we weren’t too anxious to assent, but for the thought of cold winters replacing the summer sights and sounds with a void and a great deal of time spent inside . . . not a welcomed idea. Mama always dreamed of building a family house closer to the main road and returning for good.  However, before this happened, instead she moved to an even nicer residence – heaven. Now the dream has become mine, a retreat house for women in memory of mama, “Zee’s Gathering Place,” constructed on the now abandoned property that once was the wonderland of my childhood summers. 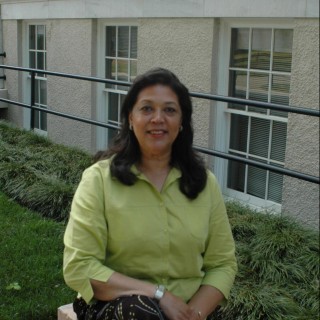 Founder & Director AACM. Over 20 years' experience in women's ministry, BA in Religion, MA in Leadership. Our mission is to help women find purpose, hope, and strength through Christ.